Get Your Free Consultation View Results

If you’ve been charged with assault in Montgomery County, it’s a serious matter that demands immediate attention from an experienced defense attorney.  Assault charges can result in costly fines, lengthy jail or prison terms, and the creation of a criminal record which will haunt you for years to come.

Too many people make the mistake of thinking that their assault charges are “no big deal.” Don’t wait until it’s already too late and you’re facing the prosecutor in court — get aggressive legal representation from a firm with more than 20 years of experience handling thousands of felony and misdemeanor cases.  At Young, Marr, Mallis & Associates, we defend juvenile and adult clients against allegations including:

To set up a free and completely private legal consultation, call the Montgomery County criminal defense lawyers of Young, Marr, Mallis & Associates at (609) 755-3115 in New Jersey or (215) 701-6519 in Pennsylvania today.

Assault is not a generic term.  On the contrary, there are a few different types of assault which defendants can be charged with in the state of Pennsylvania.  It’s important for defendants and their loved ones to have a good understanding of the nature of the allegations, as well as the potential penalties, so that you are better prepared for your court appearances.

Most allegations fall into one of two charges: simple assault, and aggravated assault.  (If you hear the term “assault” without another word in front of it, the term likely refers to simple assault.)

Simple assault is the lesser of the two charges, because it involves a lesser degree of injury to the victim.  A person can be charged with simple assault if he or she:

Simple assault is typically categorized as a Second Degree Misdemeanor.  However, there are two exceptions:

Aggravated assault is more serious, because it involves an extreme or long-term injury or other aggravating factors.  To give just a few examples, a person can be charged with aggravated assault in Pennsylvania if he or she:

Other offenses, including stalking, are categorized as Third Degree Felonies. How is a “Serious Bodily Injury” Defined in Pennsylvania?

Under Pennsylvania’s legal definition, which is provided by 18 Pa. Cons. Stat. §2301, bodily injury simply means “impairment of physical condition or substantial pain.”    By comparison, serious bodily injury involves an “injury which creates a substantial risk of death or which causes serious, permanent disfigurement, or protracted loss or impairment of the function of any bodily member or organ.” 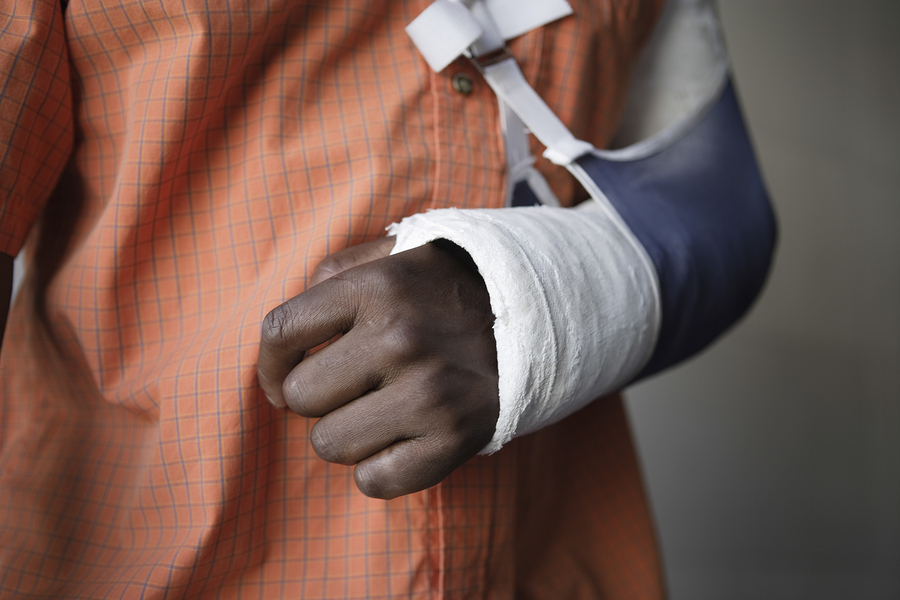 Depending on factors like the specific offense being alleged and the circumstances of the alleged incident, assault charges can range from low-level misdemeanors to high-tier felonies.  The potential criminal penalties, such as fines and incarceration, vary dramatically depending on the way the offense is graded.

While misdemeanor penalties can be severe, the criminal consequences for felony convictions are even tougher:

Once again, the above fines and sentences represent the maximums.  Our criminal defense attorneys may be able to reduce your charges, or even have them dismissed altogether.

If you’re being charged with assault in Montgomery County, or if one of your loved ones has been placed under arrest, the assault lawyers of Young, Marr, Mallis & Associates may be able to help.

To start exploring your options in a free and confidential case evaluation, call our law offices right away at (609) 755-3115 in New Jersey or (215) 701-6519 in Pennsylvania.  We proudly represent residents throughout Montgomery County, including the communities of Bala Cynwyd, Bryn Mawr, Cheltenham, Horsham, King of Prussia, and Norristown.

...God bless this man. I was facing 20 plus years with multiple felonies and misdemeanors charges over a violent stabbing case. He ended up getting all my felonies dropped and was able to get my misdemeanors down to one single misdemeanor with ZERO JAIL TIME. I 1000% recommend Paul Mallis !!!
I got a DUI for the second time and of course was scared out of my mind. Gail N. Marr, and the rest of the team eased my mind about the whole process. I am also very happy with the deal I got. If I ever (which I hope I don’t) get into any other trouble, Young, Marr, Mallis & Associates is the one I will call on. Thank you so much for everything! GOD BLESS YOU.
My husband was looking at serious charges including felonies and misdemeanors. Looking at a long time in jail. Went to our prelim hearing and Paul got serious charges dropped except two misdemeanors. During the pre trials Paul got charges dropped to summary offenses and probation. Very satisfied with the end result. I would hire Paul again if needed. Thanks Paul.
See More